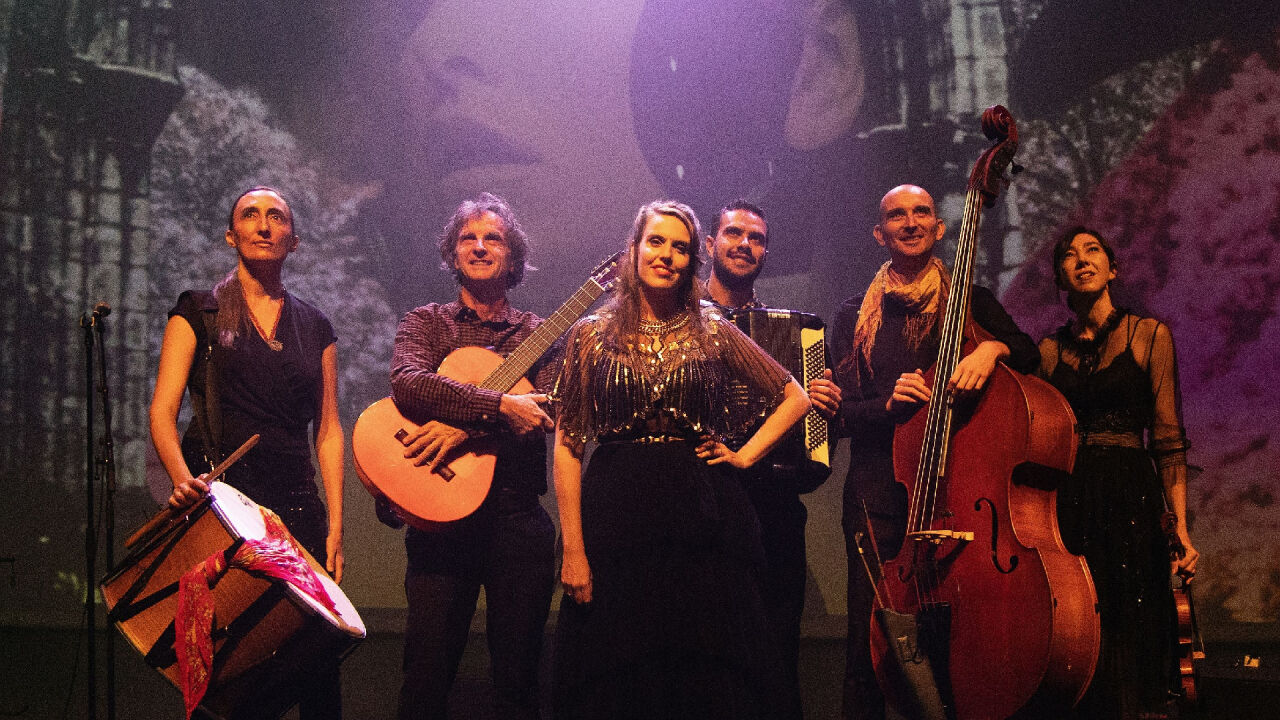 Three-time Queensland Music Award winners MZAZA are committed to delivering Balkan-French inspired sounds to folk lovers across borders. Led by enchanting French-Sephardic vocalist Pauline Maudy, this group of musicians from around the world has been mesmerising audiences with powerful and inspired performances.

The impressive musicianship of MZAZA – deftly realised with accordion, violin, percussion, double bass and Flamenco guitar – embraces diversity, the old and the new, the familiar and the foreign, through timeless melodies. It is the timelessness of the music and stories that fuels an intense live show, an unforgettable musical journey, that has enraptured audiences at MONA FOMA, Queensland Music Festival, Cygnet, National and Woodford Folk Festivals, and visited airwaves and venues internationally.

In 2020 MZAZA released their third studio album, The Birth & Death of Stars, described by Songlines Magazine as “a supernova of an album”. Recorded at Sierra Studios in Athens, Greece, the twelve-track album is accompanied by a critically acclaimed theatre show devised by lead singer Pauline Maudy in collaboration with director Benjamin Knapton (Circa).

To keep everyone safe while at HOTA we have a COVID Safe plan. Please make sure you keep up to date with Queensland Government guidelines at health.qld.gov.au.

Become a member for $38/year

Fridays on the Lawn

The Sound of Madness

HOTA proudly acknowledges the Traditional Custodians of the land on which we are situated, the Kombumerri families of the Yugambeh Language Region. We pay our respects to their Elders past, present and emerging, and recognise their continuing connections to the lands, waters and their extended communities throughout South East Queensland.